Simulating a Cleaner World, From Molecule to Metropolis 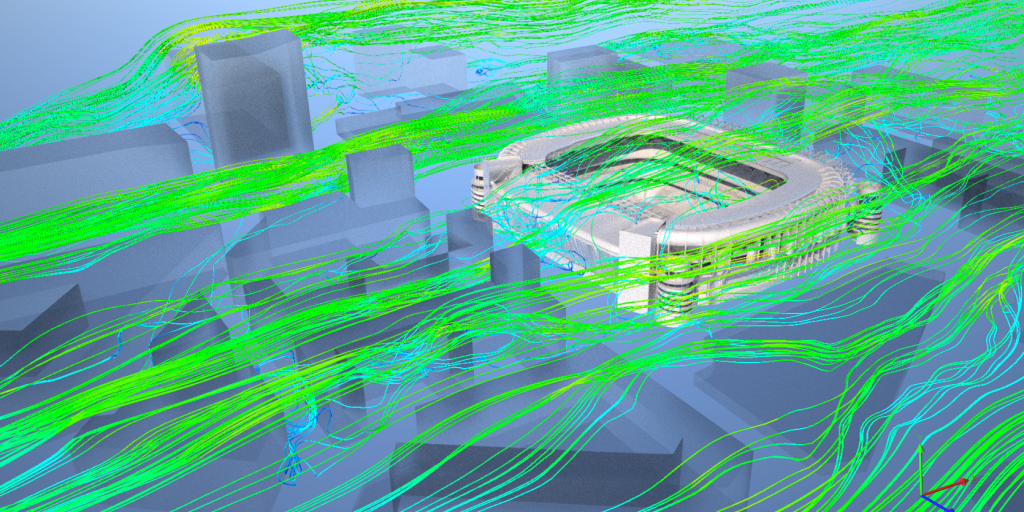 This article was produced for Dassault Systèmes by Scientific American Custom Media, a division separate from the magazine’s board of editors. The Great Pacific Garbage Patch will soon start shrinking. In October, The Ocean Cleanup, a nonprofit foundation based in the Netherlands, floated out and installed System 001 (nicknamed Wilson), to remove some of the rubbish floating on or just below the ocean’s surface. The patch of 1.8 trillion pieces of plastic, which lies halfway between Hawaii and California, is roughly twice the size of Texas. System 001 is a 600-meter floating pipe, deployed in a U-shape, with a 3m-deep skirt. Without human intervention, once deployed, it takes advantage of three natural oceanic forces—wind, waves and currents—to travel faster than the plastic, which it then catches. “After 60 of these systems are deployed, they’ll reduce the area’s plastic by 50 per cent within five years,” says Bruno Sainte-Rose, computational modeler for The Ocean Cleanup.

System 001 is a major advance over conventional ocean cleanup methods such as vessels and nets—which need a crew, would take an exceptionally long time, and would cost tens of billions of dollars. Wilson’s unique structure and collection method were designed on 3D modeling software created by Dassault Systèmes. By using virtual modeling, The Ocean Cleanup team generated knowledge about the ideal design for System 001 faster and more accurately than they could with physical testing. “We’re embarking on a challenge that has never been tackled at this scale before,” says Sainte-Rose. “We’re relying very heavily on simulation to test our tool in many different scenarios before going full scale and investing a lot of money.”

The use of 3D modeling is accelerating. According to market-research firm Gartner, nearly half of organizations embracing the Internet of Things (IoT) say they are using, or plan to use, digital twins—virtual counterparts of a real object. Scientists too are increasingly using simulation to conduct hundreds of experiments before going ahead with the real one in the lab. In addition to cleaning oceans, simulations are helping to solve other environmental concerns, such as optimizing cities to withstand disasters and ease air pollution. Modeling is also helping product designers to better define a material’s physical properties at the molecular level to, for example, build more efficient batteries for autonomous vehicles, or lighter airplanes that use less fuel. All of which can help to shape smarter and more efficient cities and environments. A NEW GENERATION OF CARS AND PLANES

Making planes and vehicles lighter is important for fuel efficiency, but safety cannot be compromised. Simulation is helping determine whether it is possible to use carbon fibers in airplane construction. These fibers are five microns wide, roughly a tenth of the diameter of a human hair, and very strong. “Carbon fibers hold the potential to revolutionize the aerospace industry because they are very lightweight,” says R. Byron Pipes, an engineering professor at Purdue University, who works closely with auto and airplane manufacturers. This material, he adds, “can help build a framework that enables a plane to travel farther while requiring less power.” Pipes has used simulation software from Dassault Systèmes in his quest for airplane efficiency. “We can explore the enormous potential that these materials hold, and learn how the part or the whole system will perform before we even make it.”

Simulation is also helping to develop stable, longer-lasting batteries as an alternative to lithium-ion batteries, which lose capacity and get heavier over time. “We’re engineering batteries where we can increase density, reduce time to charge and increase safety,” says Bruce Engelmann, chief technology officer of Dassault Systèmes. And as the world moves towards electric vehicles, batteries will need to up their game. “We can simulate how these parts will operate in, say, the middle of winter or while enduring Arizona’s 120-degree weather,” Engelmann adds.

Reza Sadeghi, chief strategy officer of BIOVIA, a Dassault Systèmes brand, imagines a future where it is possible to build a city in three dimensions, using computational fluid dynamics to manage air quality. “We can analyze things like carbon count and the composition of the air to understand how that affects the health of the people living there,” he explains.

City design can benefit in other ways, too. When it comes to preparing for worst-case scenarios, like a natural disaster or a major disease outbreak, modeling software is helping to determine the best course of action, says Sadeghi. “If you have a detailed model of a city and have an outbreak of a particular virus, you can go from simulating the molecule to the metropolis and make time-critical and space-critical determinations,” he says. “You can more intelligently predict where the virus will go and how fast it will travel.”

Sadeghi also points to the importance of evacuating buildings quickly and safely in case of an emergency. “With 3D modeling, we can test how fast we can move people from A to B, managing the flow of people from location to location and understanding the bottlenecks.”

While some dangers unfold in seconds, others mount over time. Back in the Great Pacific Garbage Patch, the plastic is breaking down, creating smaller pieces that are more challenging to capture. “If they’re not cleaned up soon, they’ll continue to break down into smaller pieces,” warns Erika Traskvik, manager of digital communications for The Ocean Cleanup. “They can more easily be mistaken as food for sea life and can even end up on our plates.”

Advanced simulation can lead to innovative environmental solutions. “Our hope is that, with technology, we can reverse the problem of having so much plastic debris in the ocean,” says Sainte-Rose, “and make an impact on a brighter future.”

To learn more about virtual environments and how they are impacting science, medicine and manufacturing, read what happened when Scientific American Custom Media attended Science in the Age of Experience in June 2018.